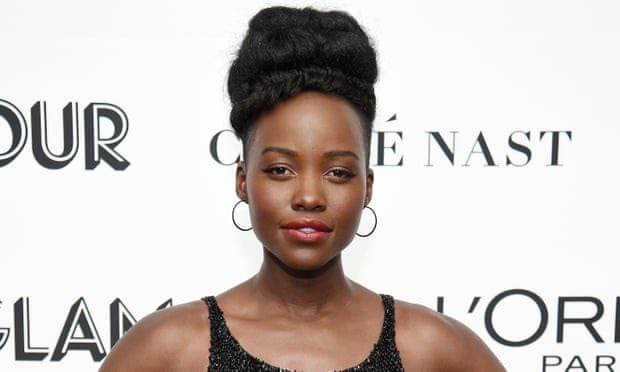 Lupita Nyong’o left her fans startled as she ate ants at a gala event held at world-renowned restaurant Noma in Los Angeles on Thursday evening.

The actress, 39, took to Instagram to share a clip of herself enjoying the bizarre snack, which was served at the opening night of a three-night dinner series in collaboration with nonprofit MAD and car company Audi.

Lupita proudly showed off the delicacy which appeared to be a type of stone fruit with the insect sprinkled on top.

The Black Panther actress did not hesitate to take a bite as she announced: ‘It’s ants.’

She was really impressed by the dish from the fine dining restaurant and swiftly took another bite.

Her eyes rolled to the back of her head as she nodded her head in approval before saying: ‘It was really good!’

In a caption alongside the clip, she penned: “You can call me Ant-Woman!! #Marvel #Ants #Foodie.”

But her 9.4million followers were quick to take to the comments section to question whether the delicacy was as delicious as she said, with some sharing their shock that she ate them ‘on purpose’.

One shocked person joked: ‘Well can you come eat the ones on my porch.’

Another said: ‘On purpose??? I would’ve definitely assumed the waiter dropped mine and I would’ve asked for a new one…maybe I don’t get out enough but YOU at least look great lol.’ 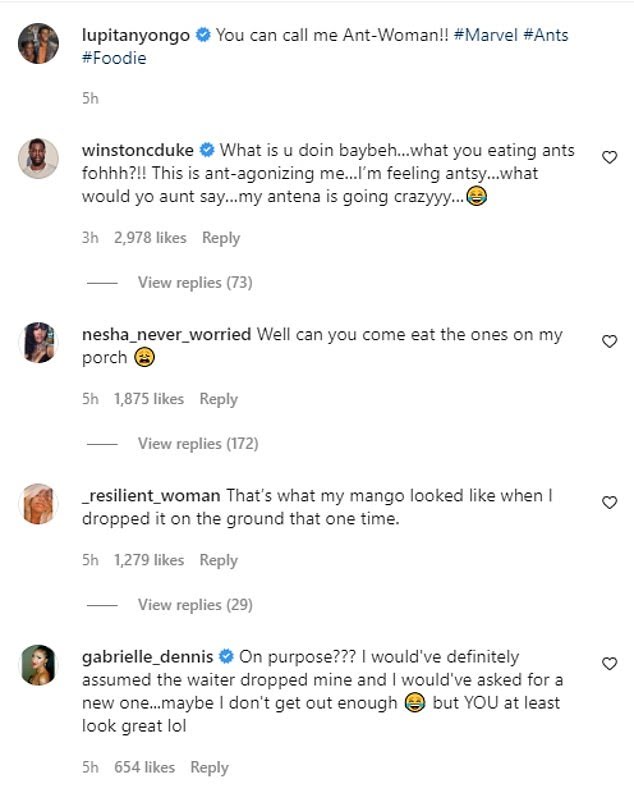 The original restaurant is in Copenhagen, Denmark as ants are a regular ingredient used in the cuisine as they are served on shrimp, beef tartare, among other dishes.

Her braided locks were worn down as she accentuated her natural looks with complementary make-up topped off with a swipe of red lip.

She was not alone at the event which is raising awareness to sustainability and a commitment to driving positive change as she was joined by fellow Oscar-winner Ariana DeBose.