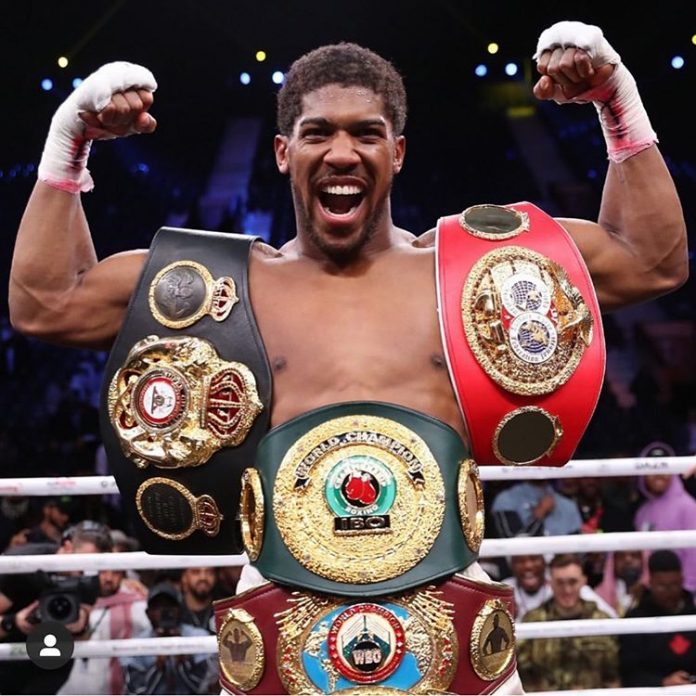 Nigerian born British boxer, Anthony Joshua, has just shown the world how cultured he is as he prostrates to President Buhari. 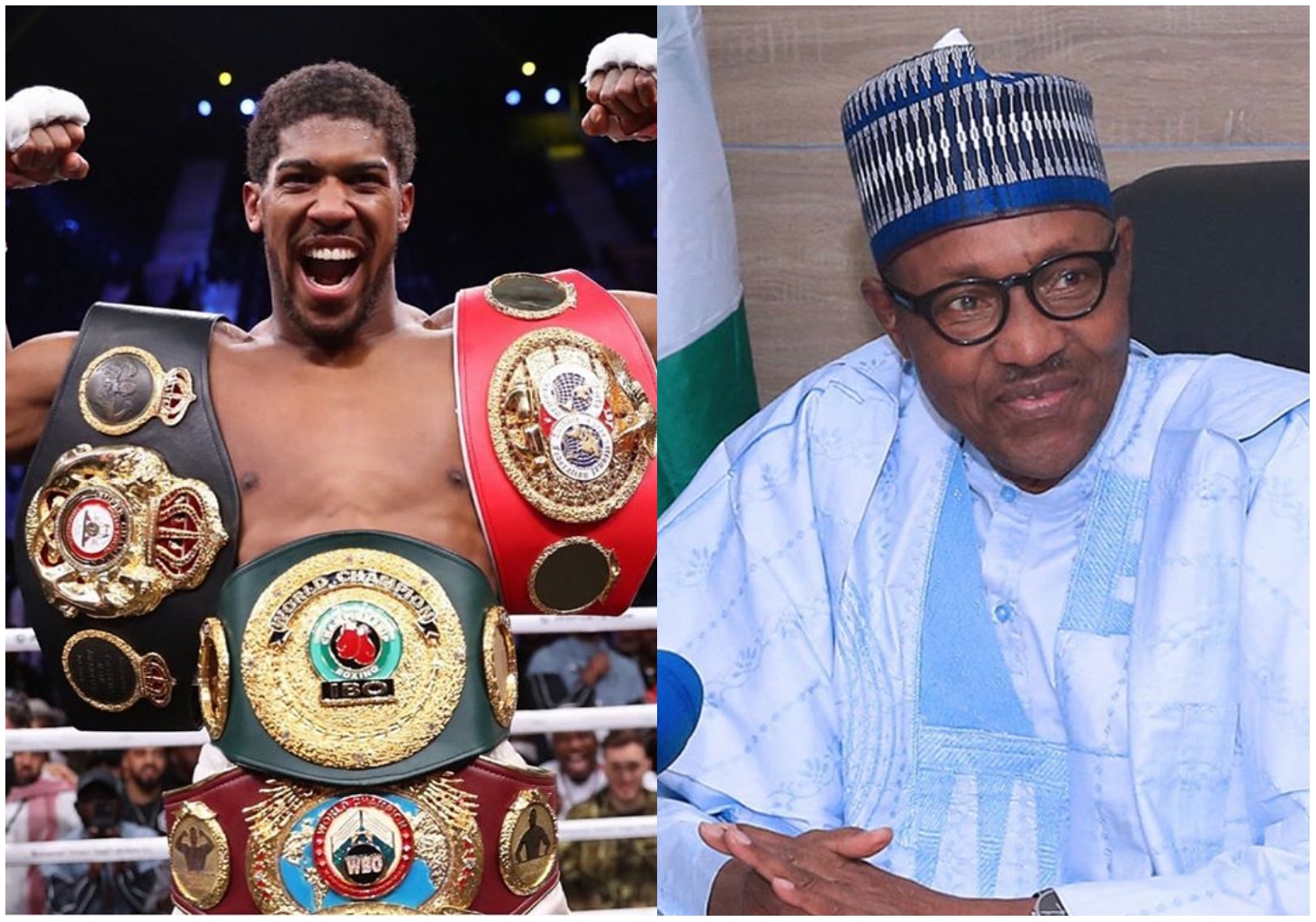 The two-time unified heavyweight champion, having held the WBA, IBF, WBO, and IBO titles since December 2019 and previously between 2016 and June 2019 paid the president a courtesy visit.

Anthony Joshua who was raised in the diaspora however surprised many Nigerians as he greet the president in a way no one would have hoped.

Anthony Joshua had reclaimed the WBA, IBF and WBO heavyweight world titles in front of 15,000-capacity Diriyah Arena in Riyadh, Saudi Arabia after an unanimous decision by the three judges.

The minister of sport had earlier noted that Anthony Joshua will present his belt to President Buhari.

“The Minister of Sports announced that Anthony Joshua will be presenting his belts to the President in a matter of days.

“The Council members also expressed appreciation for the gift of books from the Vice President which has become an annual tradition,’

It’s left to see whether Anthony Joshua will present the belt to the President Buhari during their meeting.

Violette - January 27, 2020 0
Nigerian hopes of having a first Grammy Award winner has been dashed once more after Afrobeat singer and songwriter, Burna Boy lose his award...

Violette - July 19, 2020 0
It's finally the season where everyone are get on their toes for an intense drama as the big brother naija show season five kicks...

‘I love you, my beautiful and wonderful wife’ – Ned Nwoko celebrates Regina Daniels...

Violette - November 10, 2019 0
Prince Ned Munir Nwoko, the husband of Nollywood actress Regina Daniels has celebrated her as she adds one year to her years. The billionaire business...

Violette - July 1, 2020 0
The popular TV show, Ultimate Love winner, receives a car gift from her fans as seen in a video. The new Ultimate love winner is...

Davido Declares His Girlfriend, Chioma As The Most Beautiful Human On Earth (See This)

Violette - March 22, 2018 0
It seems the love Davido has for his girlfriend, Chioma is not going down anytime soon. The superstar has not stopped gushing over...