Home Entertainment You’re untrustworthy in my sight – Johnny Drille tells Simi over her... 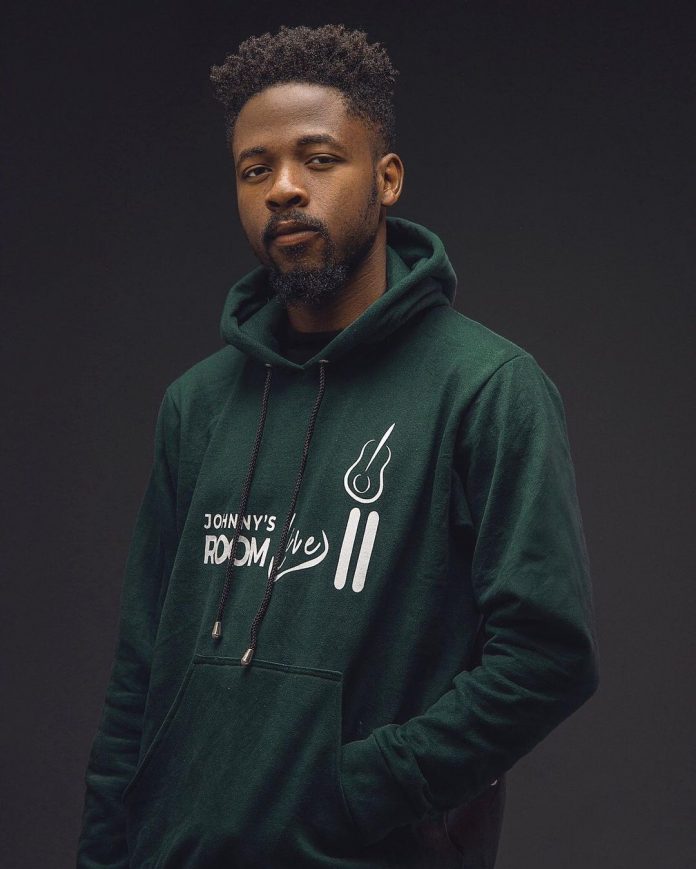 Talented singer and songwriter Johnny Drille has been lamenting on social media over the behavior of some WhatsApp users on her contact and it seems Simi is guilty of the offense. 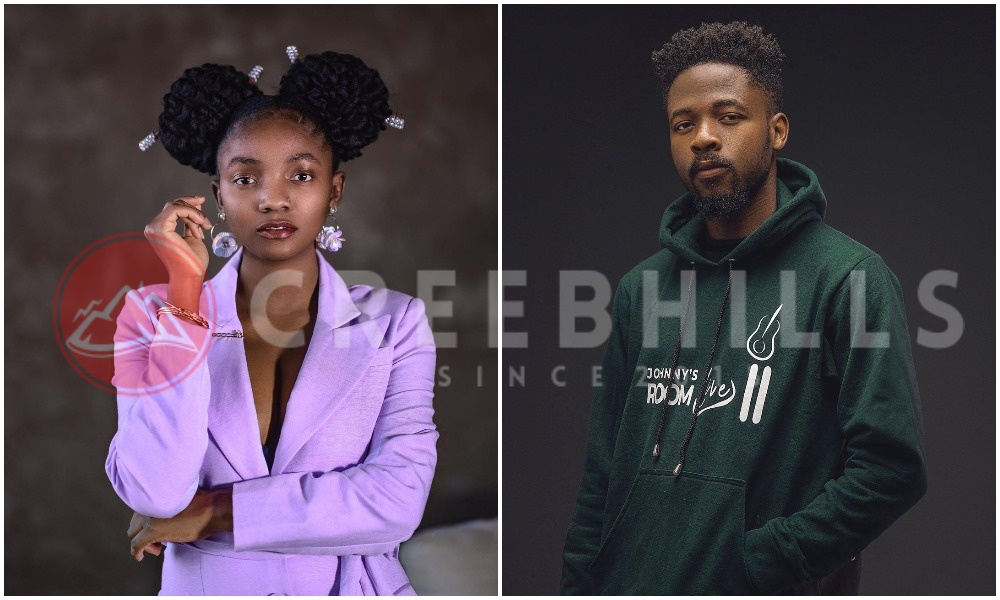 Johnny Drille some hours ago took to his official Twitter account to rant about how some of his contacts on WhatsApp have been switching off their read receipt on the platform.

According to the Mavins Record signee, he can’t fully trust those who are involved in such activities.

However, things took a new twist when Simi replied to the tweet by noting that Johnny Drille will have to come to beat her due to some reasons she failed to mention.

Reacting Simi’s response, Johnny Drille who has been dishing out hit tracks ever since he came on board noted that he has declared the wife of Adekunle Gold untrustworthy after investigating their WhatsApp chat.

According to the ‘Mystery Girl’s crooner, the investigation he did on their WhatsApp chat was back as 2019 and it seems Simi had off her read receipt.

See the conversation between both superstars below: 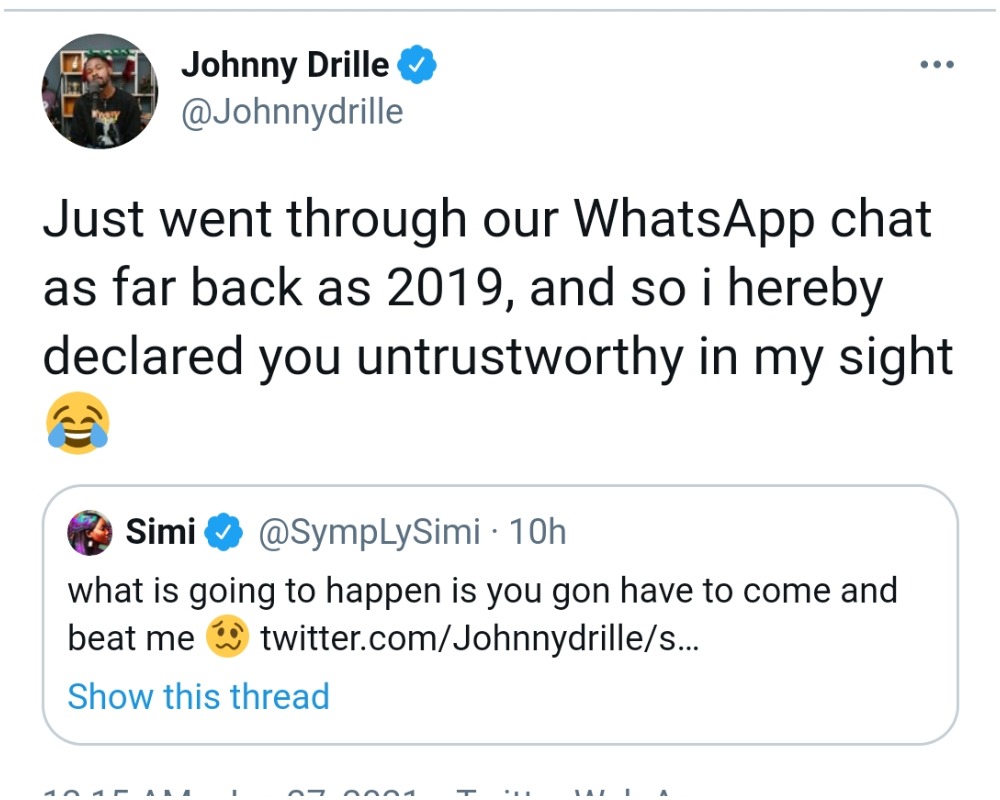