Talented brand influencer Natasha Akide popularly known as Tacha has raised an eyebrow on social media with her relationship with talented singer LAX. 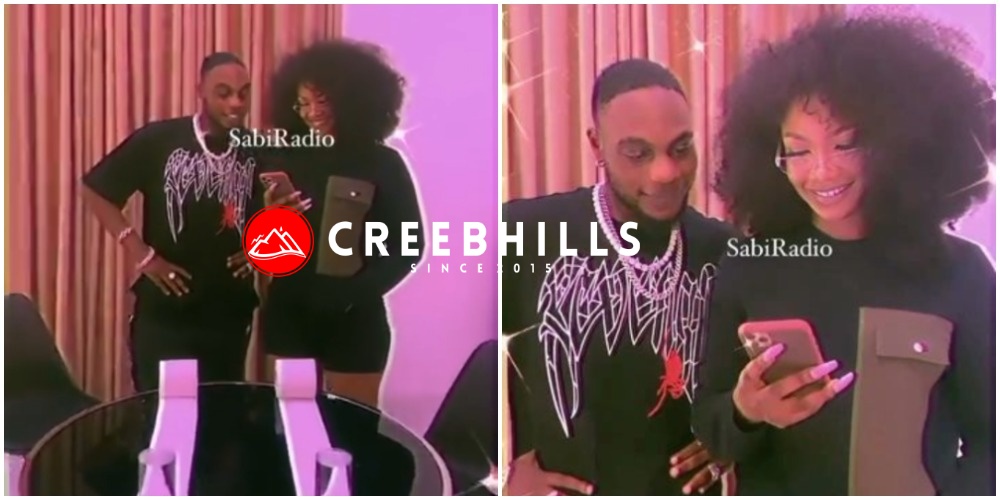 Tacha has become a public eye ever since she made a name for herself in the entertainment industry when she appeared at the fourth edition of the biggest reality show in Africa Big Brother Naija reality show.

Fans have been skeptical of her relationship after the show as much have not been heard of her boyfriend, King Ladi whom she has not been fond of showing off.

The beautiful screen diva has however been spotted with many celebrities in the entertainment industry but none has raised eyebrows because fans believed it’s always about business.

However, she has been spotted with talented singer and songwriter LAX as they share some priceless time.

Both celebrities looked compatible and some fans believe they might be in a relationship.

Though much has not been heard about LAX relationship status, fans will be eager to hear an official statement between both superstars.

Tacha’s fan base who is popularly known as the Titans has grown popular on social media for backing their favorite and it won’t come as a surprise if they support any relationship she shares with LAX.

See video of LAX and Tacha spending a nice time together below:

Johnson Olumide - February 17, 2020 0
The Two Power Sisters looked super sexy and beautiful on the cover page of the March Edition of Architectural Digest Magazine. Khloe 31, took to her Instagram page 4 days ago to...

Violette - September 29, 2021 0
Actress, Destiny Etiko took to Instagram on Wednesday to debut new look and her fans drooled over the photos, which they called 'beautiful'. The model and...

“I make the woman I love hate me” – Singer Ycee reveals his toxic...

Violette - February 16, 2020 0
Singer and rapper, Ycee has revealed a shocking secret about his private life as he hint fans on the bad habit that he's trying...

“Buhari isn’t who we think he Is” – Wizkid’s son, Boluwatife rants (Video)

Violette - February 7, 2021 0
Music superstar, Wizkid‘s first son, Boluwatife Balogun might be just nine years old but that has not stopped him from sharing his opinion about Nigeria as...