Young talented singer and songwriter Omah Lay has taken to social media to lament about how his musical gadgets were stolen at the airport. 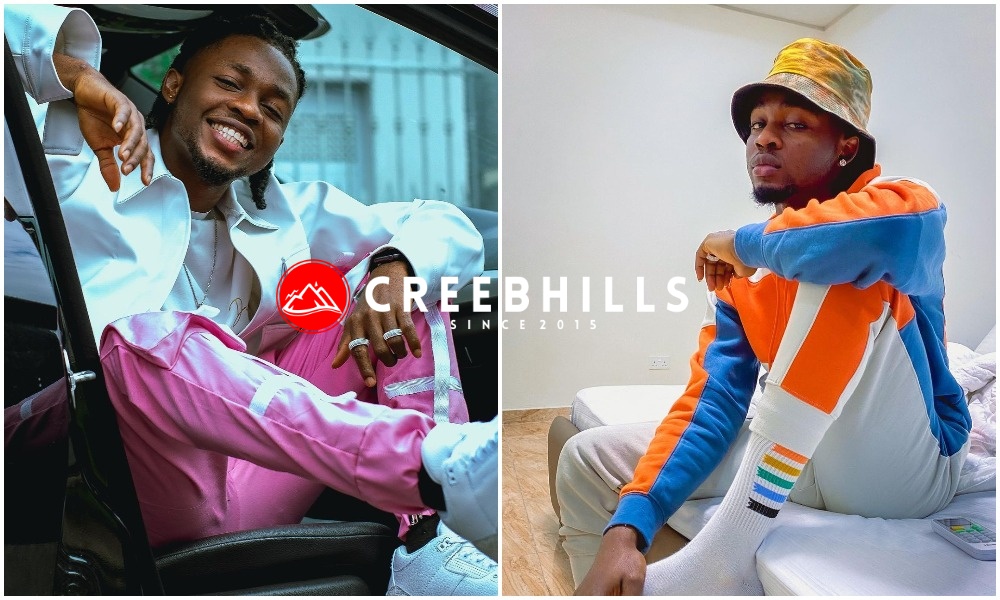 Omah Lay has become one of the best singer in the music industry ever since he rose to the spotlight and he has not been showing any signs that looks like he’s relenting.

The talented singer has been dropping hits after hits ever since he came on board and chances that he will stop are not feasible.

However, he has been forced to face another dramatic scene just weeks after he was arrested and detained in Uganda for performing despite the ongoing battle against Covid-19.

The ‘Godly’ crooner some minutes ago took to his official Twitter account to reveal that some of his musical gadgets have been stolen in the airport by someone willing to drop a hit.

So they stole my laptop, microphone & audio interface from my box at the airport LMAO, y’all looking for a hit record or what? 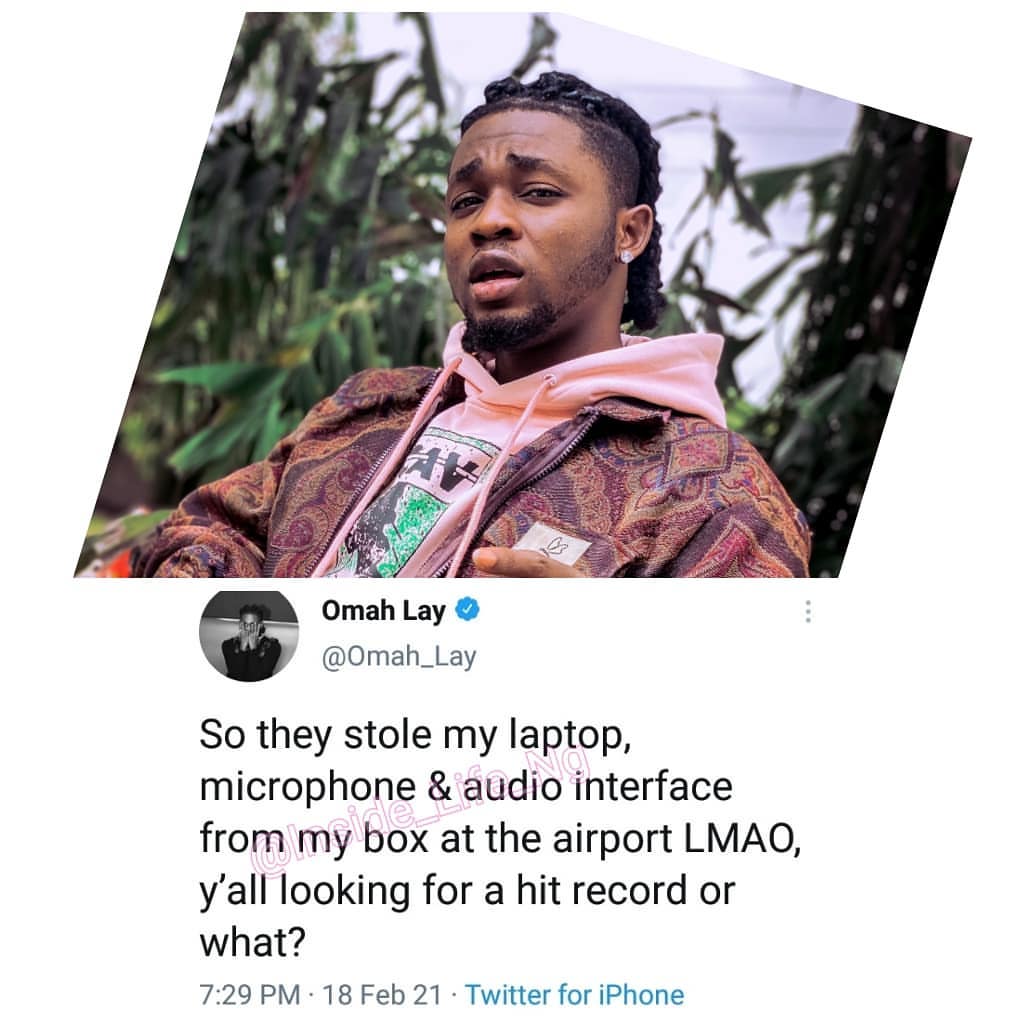 It’s still unknown the airport where his musical gadgets were stolen but fans will be hoping those guilty of stealing his gadgets return it so as for the singer to return to the studio.