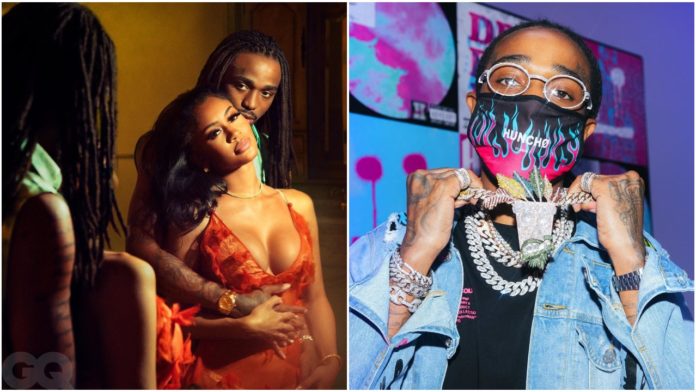 Weeks after receiving a Bentley from him, American rapper, Saweetie, reveals she’s broken up with Quavo.

Rumours of the breakup started yesterday after the Migos Group rapper, Quavo unfollowed his now ex girfriend Saweetie on instagram, even though it showed he was on Wednesday.

According to saweetie latest post on her social media pages, she revealed she has endured too much betrayal and hurt and that love isn’t real when intimacy is given to other women. 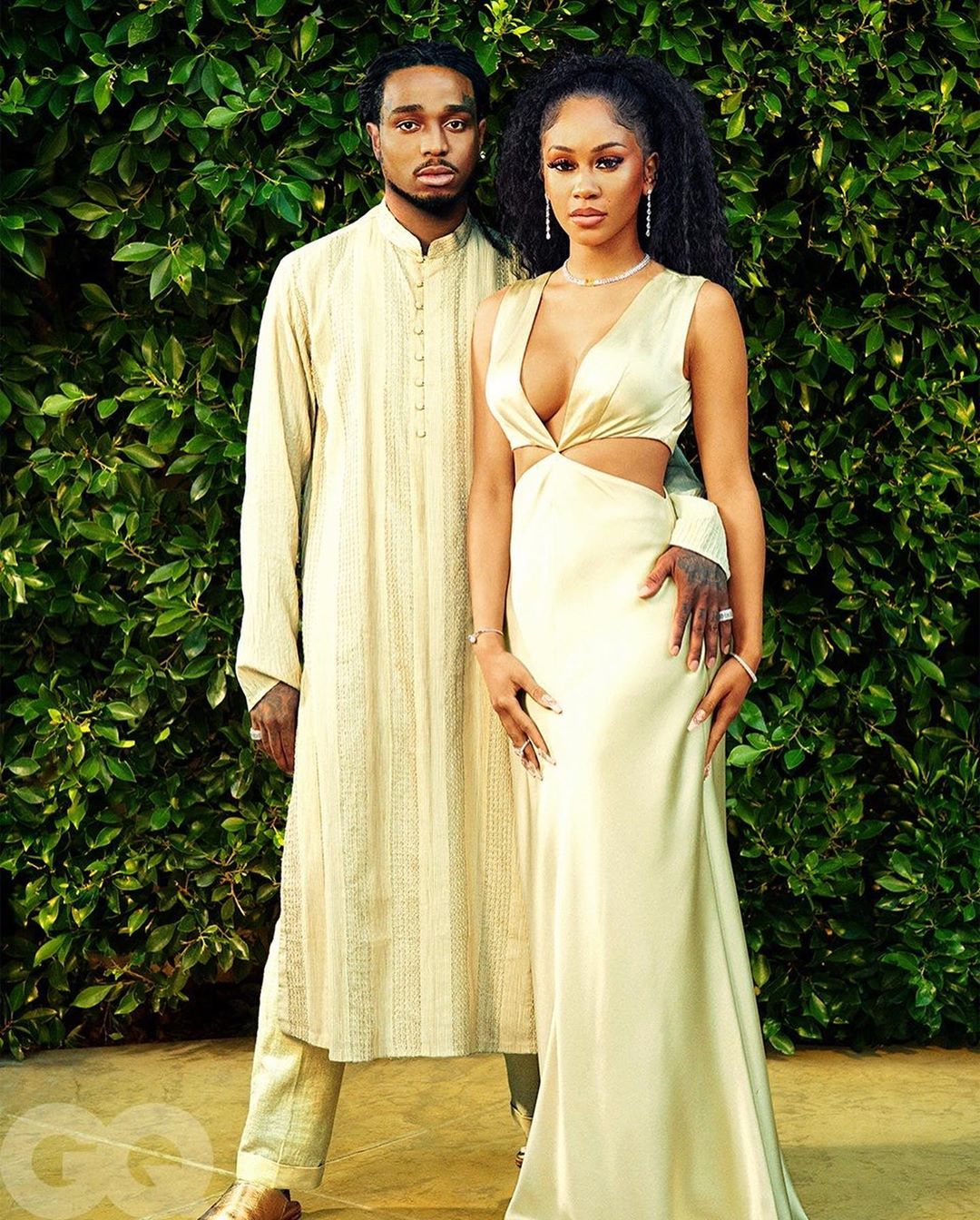 Recall back in July 2020, Quavo and his girlfriend Saweetie shared their love story as they covered GQ magazine latest Edition.

The couple had been together for over two years, revealed how they met.

Saweetie who is popular for her debut single, “Icy Grl”, said the relationship started through a DM which went one a messy date at a strip club.

his social media page which college he should attend, made it known that he came across

her on the explore page on Instagram and was like “Damn! Who is this?’ So I did my

research and I DM her. I was like, ‘How she going to call herself icy and she doesn’t talk to me?’ ”

That was how their love story began.

I’m single. I’ve endured too much betrayal and hurt behind the scenes for a false narrative to be circulating that degrades my character. Presents don’t band aid scars and the love isn’t real when the intimacy is given to other women.