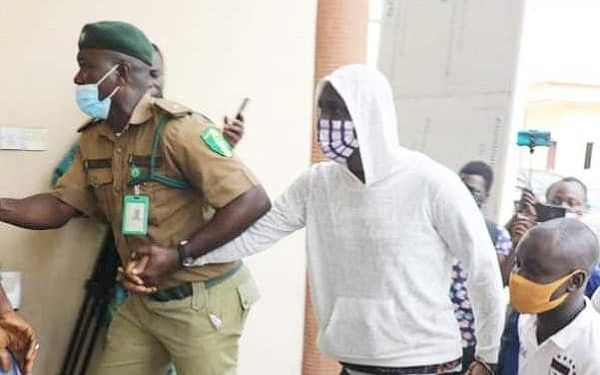 Embattled Nollywood actor, Omiyinka Olanrewaju James, popularly known as Baba Ijesha, has pleaded not guilty to the rape, sexual assault and abuse of minor charges filed against him (watch it here) by the Directorate of Public Prosecutions at a Special Offences and Domestic Violence Court in Ikeja.

The prayer was granted and Baba Ijesha pleaded not guilty to all the charges levelled against him. Subsequently, Mrs. Adeyemi asked for a trial date while asking the court to remand the defendant in a correctional facility pending commencement of trial.

In a counter-reaction, the legal team of the actor which had among it two Senior Advocates of Nigeria, Mr. Babatunde Ogala and Mr. Dada Awosika, along with 17 others, informed the court that they had filed a bail application and have served same on the prosecuting team. Ogala urged the court to grant them an audience to argue the bail application.

However, the state counsel, Mrs. Adeyemi opposed the prayer stating that her team is yet to verify the medical report which the defence relied on for his bail consideration.

“I will wish to note that the issue of bail, especially on an offence of this nature, is a constitutional right. This is a right the defendant has been deprived of for the past 48 days when he was unlawfully held by the police. We are also not unconscious of the JUSUN strike which made it difficult to bring him to court.

“Imagine if this man is kept in detention for many years and is found innocent, will there be any restitution? No. Justice and fairness should be done,” he said.

On her part, Adeyemi asked the court to deny the actor bail. According to her, the actor is a flight risk and can influence witnesses if granted bail.

“I want to bring to my lord’s attention the nature of one of the offences – sexual assault by penetration – which carries life imprisonment.

Bail is a discretionary right, it is not a constitutional right.

On the nature of the offence and the strength of the evidence, there is a prima facie case before your lordship.

Adeyemi said that the prosecution had six witnesses in the case.

The judge is yet to rule on the bail application.