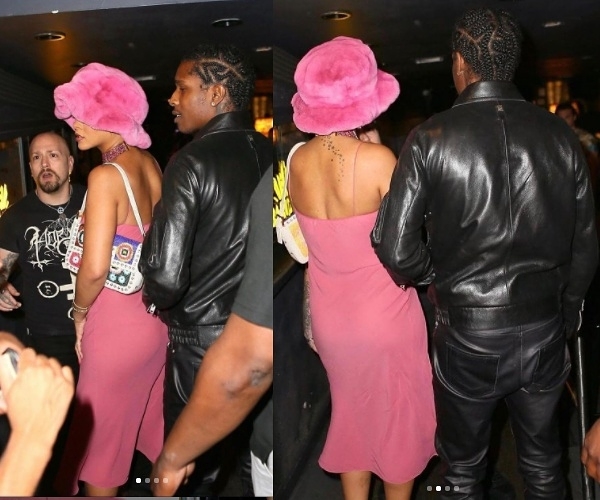 The couple was left embarrassed after a bouncer at an NYC bar who wasn’t familiar with their celebrity status denied them entry into an NYC club.

In a viral video (swipe), the “We Found Love” singer and her rapper boyfriend were seen attempting to get into a New York City bar supposedly Barcade in Williamsburg), but security apparently stopped the pair from entering due to them not having identification on hand.

According to Harpersbazaar, the two eventually were let in later.

The night out for Rihanna and Rocky comes after the rapper recently opened up about their relationship with GQ.

Rocky described being coupled up with Rihanna as “so much better” than life as a bachelor. “[It’s] so much better.

So much better when you got the One,” Rocky told the magazine of the pair’s burgeoning relationship.

“She amounts to probably, like, a million of the other ones. I think when you know, you know. She’s the One.”