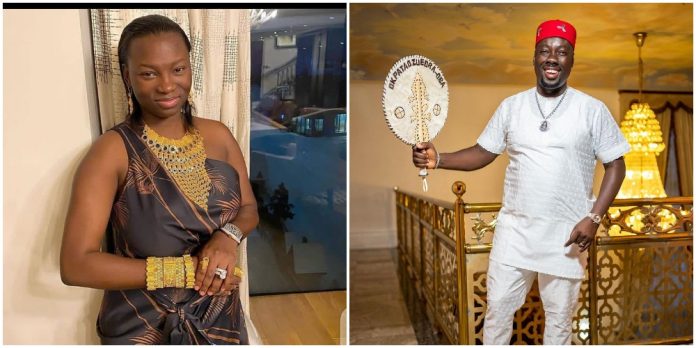 As Obi Cubana continue to trend across all social media platforms, popular Aphrodisiac expert, Jaruma Empire has revealed that over  7 million clients have sent his name as their next target. 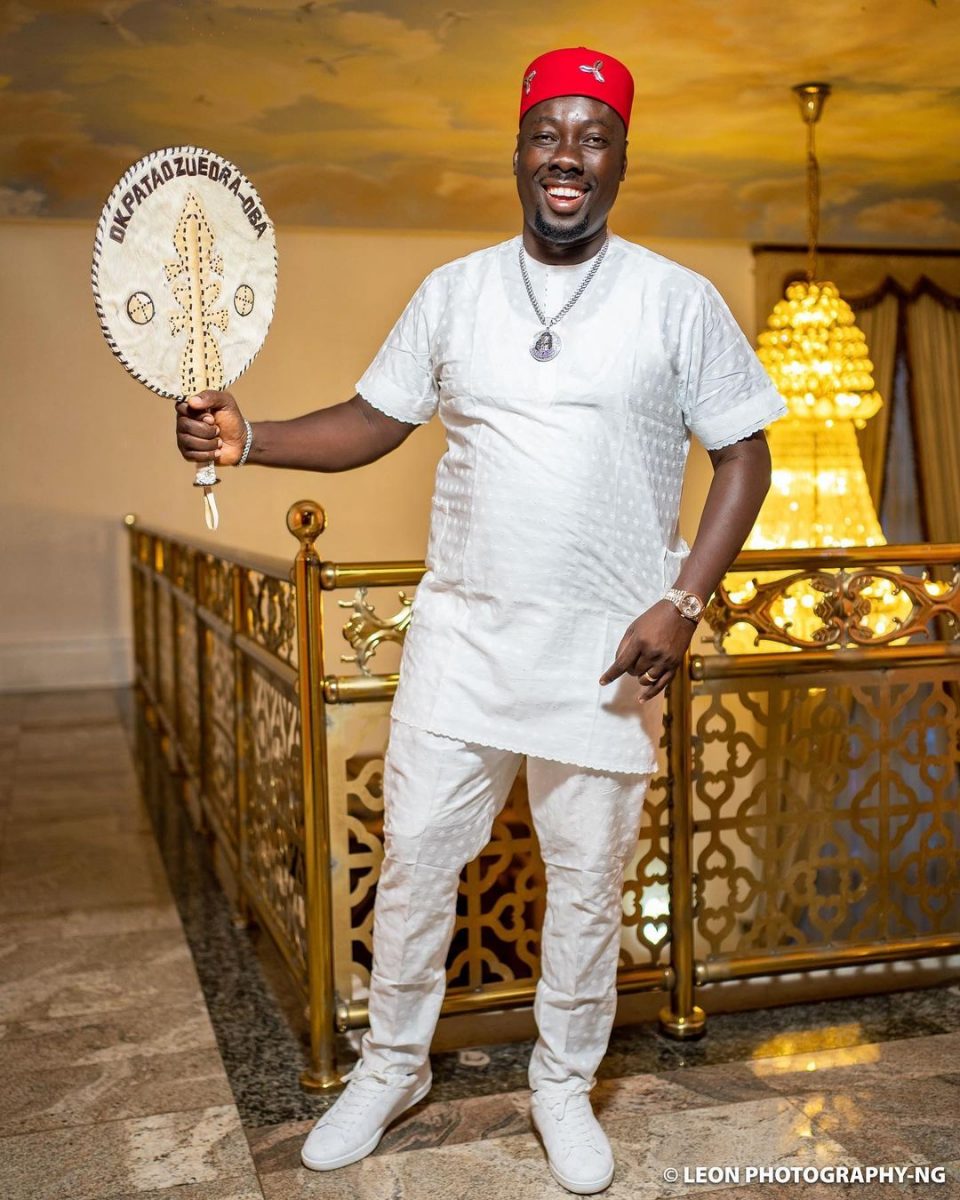 Obi Cubana has become the talk of town after he hosted top personalities in all walks life in his hometown when he buried his mother.

The millionaire businessman caught the attention of Nigerians with the huge sum of money spent at the burial ceremony that turned into a concert.

Davido and D’banj were one of the big names that performed at the burial and it’s an event that will forever be remembered. (Watch Video From the Event Here).

However, Jaruma who deals in different fetish relationship enhancers, revealed that ladies has been flooding her timeline with Obi Cubana’s name since the burial of his mother.

Jaruma revealed this while responding to an Instagram user who lamented the frequency of ladies in the comment session of the aphrodisiac seller asking to have Obi Cubana as their man.

According to Jaruma, out of her 10 million followers, 7 million already sent requests to have him.

See screenshot of Jaruma’s conversation with the fans below: 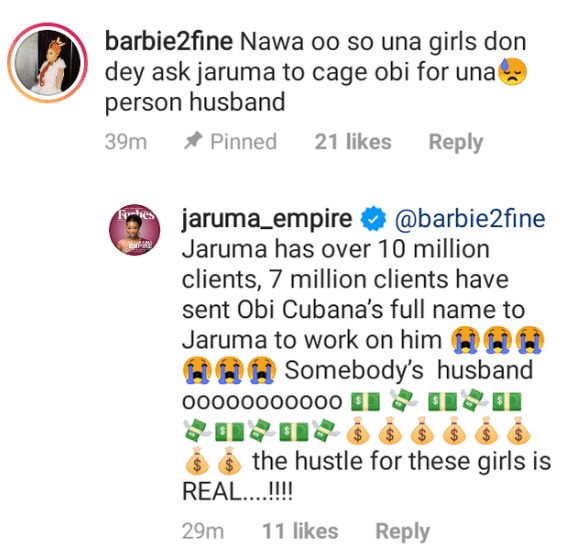