Home Entertainment Celebrities “You don’t wrestle with a pig in the mud” – Music Promoter,... 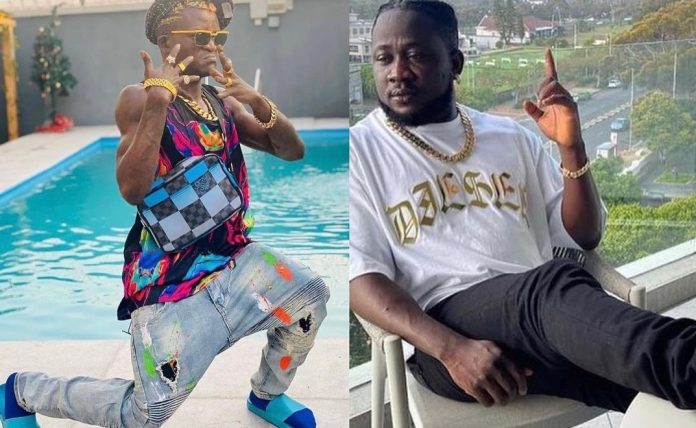 A lot seems to have gone sour between popular music promoter Kogbagidi and fast-rising singer Portable aka Zazoo Zheh as Kogbagidi took to his social media platform to shade Portable.

Over the last 2 weeks since the artiste Portable shot into the limelight, plenty of controversies unexpectedly has taken place, first, he had a fight with Poco Lee, a popular Nigerian dancer who was featured on the hit song.

Days later he began another series of wars with his promoter Kogbagidi, accusing him of taking his new car and also extorting him for money every time he performed at an event or music show.

Fast forward to just last week Friday, the singer Portable once again made headline news, as a video of him temporarily running mad and causing a scene at Ota, Ogun State survived online (watch it here).

And just yesterday at an event, told Goldymine TV via an interview that he doesn’t have any issue with his promoter Kogbagidi, that it was all a stunt to promote his newly released single.

Kogbagidi has now reacted to the news, via his social media platform which is deemed as a subtle shade to his now alleged ex artiste, Portable.

The promoter in his post expressed that There is no point wrestling with a pig in the mud, you will both get dirty but the pig likes it.

Meanwhile, former BBNaija Housemate and reality Star, Princess has revealed in her new post via social media how good it felt to have been nacked by ghosts in her dream (read it here).