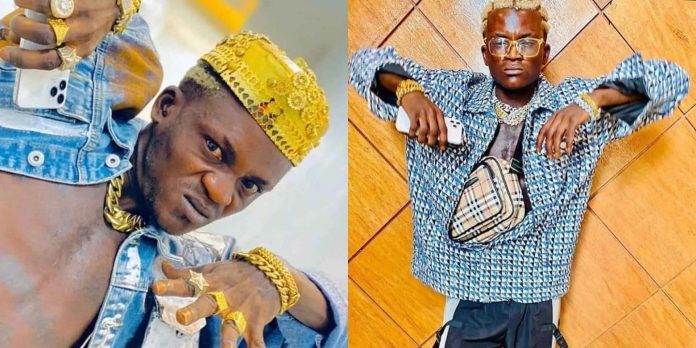 Portable has been threatened with disqualification by the organizers of the Headies, a prominent music awards event after he threatened to kill co-nominees for the 2022 edition.

The artist, who was nominated in the categories of ‘Rookie of the Year’ and ‘Best Street-Hop Artiste,’ threatened to kill anyone who won any of the categories in his place.
Portable threatened this in a video released on Wednesday, claiming that the other nominees are no match for him.

As a result, the Headies announced in a public statement on Friday that if the singer does not retract his statement and provide an apology on his social media platforms, it may be compelled to disqualify him.

“We have informed the Nigerian police about Mr. Okokiola’s behavior to fellow nominees,” the statement reads in part.

“In addition, a demand has been made for an immediate retraction of the video, as well as a written apology to the nominees in both categories and The Headies.”

“If Mr. Okikiola fails to meet our requests, we will not only exclude him from The Headies, but we will also execute the law’s instrumentality.”

“The general public is now urged to dismiss the film and to refrain from disseminating it in public.”

The Danger of Portable

Portable publically informed the Headies that if his two trophies were given to other artists a day after receiving double nominations in the ‘Best Street-Hop Artiste’ and ‘Rookie of the Year’ categories, there would be a major problem.

The raving singer had boasted that he remains the king of street music, adding that no one comes close to him in the category for which he was nominated.

Most worrisome, he threatened the show’s organisers not to give his award to someone else.

Watch  The Video Below

Portable fights dirty in Ibadan, a day after tying the knot with his baby mama (Video)