Home Entertainment Celebrities “She was for the street” – Singer Burna Boy reflects on his... 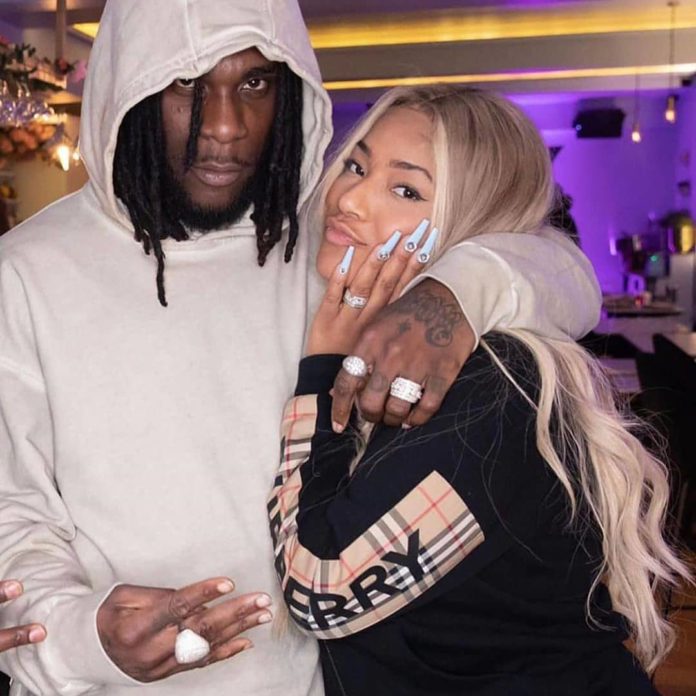 Burna Boy, a Nigerian singer, has posted a cryptic message on his verified TikTok account, just days after his ex-girlfriend Stefflon Don said that she will be releasing a “diss song.”

Stefflon previously stated that she will release a “diss track” to explain her side of the tale, with a preview of her song sampling the Nigerian singer’s current hit “Last Last.”

Burna Boy has recently posted a video of his friends hanging out and singing his song “Last Last.” “When your boys knew she was for the streets,” said the caption on the video.

Recall also that after it became obvious and official that Burna Boy and Stefflon Don are really done with each other, Steff’s Bestie took to social media to defend her Burna’s PA Manny called out the British rapper for sampling Burna Boy’s, hit single, Last Last.

She said Stefflon Don would be the only best woman, Burna Boy ever had in his life, Burna seems to be recovering slowly from the breakup while Stefflon Don has been coping with the situation by going on endless vacations and posting up thirsty Trap photos on her social media account.

VIDEO: Toni Braxton Gets 60% of earnings from my “Last Last” Song – Burna Boy