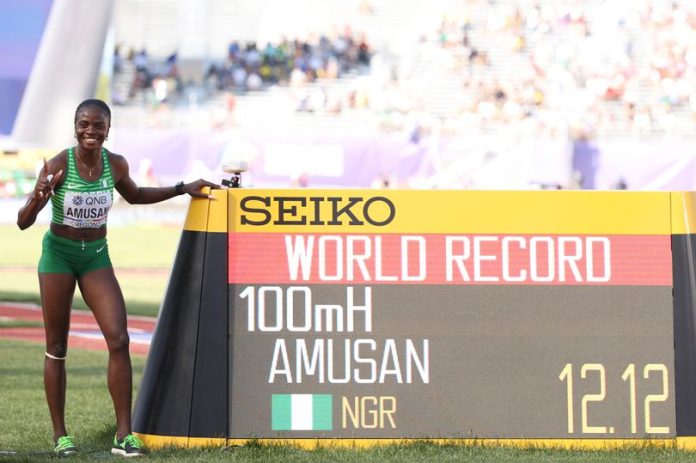 The World Athletic Championships have been shrouded in controversy after the women’s 100m hurdles world record was destroyed.

Tobi Amusan of Nigeria shocked the athletics world with her semi-finals time of 12.12 seconds – a whole 0.08sec quicker than American Kendra Harrison’s previous record from 2016. Across all three semis, 12 of the 24 runners set new personal best times.

Johnson then later said while working for the BBC: “I don’t believe these times, let’s look at the racing.”

Amusan could barely believe the time herself, but it stood and she was rewarded with a $100,000 (£83k) bonus. And she then went on to win the final in an even more astonishing 12.06sec.

However, the wind was registered as too strong that time, meaning it didn’t go down as a second new world record for the 25-year-old. Nothing could take away from the fact that she’d won Nigeria’s first ever World Championship gold, though.

It emerged after the race that Amusan was wearing springy Adidas Avanti TYO spikes which are intended for use by long-distance runners, which she explained was because she suffered with plantar fasciitis earlier this year.

Addressing her massive speed improvement, she added: “Speed-wise, I feel like I needed to work on my speed. I did 100m at the start of the season so that had a huge factor to come to play in the hurdles and I knew once I get the technical part out, I’d be fine.”