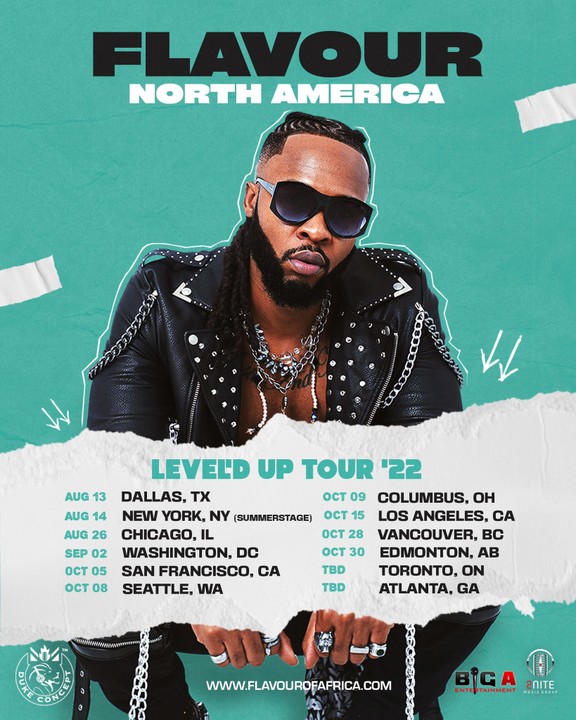 The Nigerian Afrobeat superstar announced Thursday on his Instagram page the cities he is going to visit in the USA and Canada.

“USA & CANADA… We LEVEL’D UP THIS SUMMER! ARE YOU READY NOW? Ticket Presale starts next week Wednesday 07/27! Buy Tickets & Sign Up for Presale Access at www.flavourofafrica.com” he said.

The tour which is organised by his international tour partners, Duke Concept and Big A Entertainment begins August 13th in Dallas, Texas and continues until October 30th in Edmonton in Canada with additional soon-to-be announced dates in Atlanta and Toronto.

Mr. Akeju, the chief director at Prime Music Partners, an agency managing the media coverage noted that the tour will give an impulse to Afrobeats expansion in United States.

“Flavour is an Afrobeat icon and beacon of hope for emerging stars in Africa. Given his global status, this tour will further spread the Afrobeat sound and bring African music to the forefront.”

The singer has sold out many music concerts including the Legendary SOBs in New York City and will be looking forward to more successful outings in 2022!