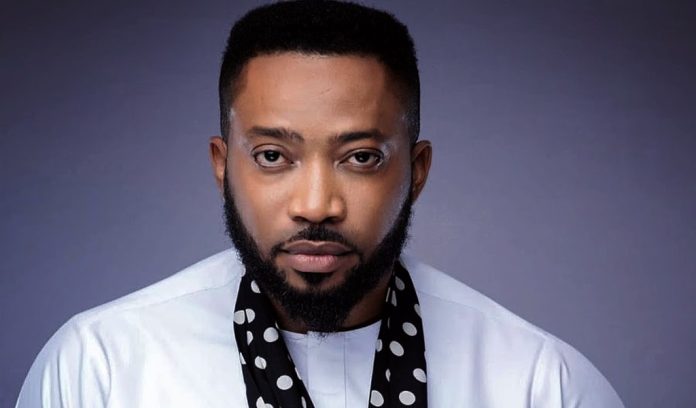 Nollywood actor Frederick Leonard has heard enough of his name and reputation being entangled in fraud.

The actor who has been receiving messages from fraud victims about how imposters posing as him scam his fans of their hard-earned money has finally spoken up.

Fed up with the constant draggings and complaints, Freddie, who is currently on vacation, lashed out at the victims.

He opined that victims of internet scams are as guilty as the imposters.

Sharing screenshots of his chats with a female fan, he noted how the lady was almost smart until she chose to be evasive and wanted to play reverse psychology, not knowing that he was on his period today.

He warned his fans and followers to avoid coming to his dm and mail once they got scammed.

“I’m on Holidays so I have the time to attend to some nonsense. I have always said that the victims of internet scam by means of impersonation are as guilty as the imposters. She was almost smart, but then chose to be evasive and wanted to play reverse psychology, not knowing that I’m on my period today. Everyone that got scammed indulged the imposter! If you get scammed (Obviously because you indulged) Do nit come to my mail or dm. Report to the local police/authority in your country, not me. I am not the FBI. I’m a filmmaker”.