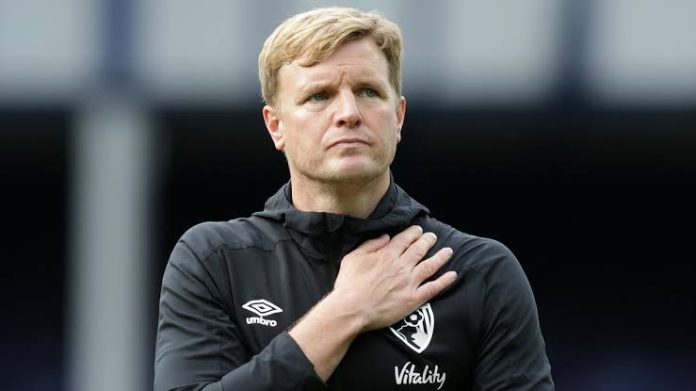 Newcastle United manager Eddie Howe has signed a new long-term contract extension that will keep him at St James’ Park for the foreseeable future.

Howe was hired after the Saudi PIF purchased the team, and he assisted in keeping Newcastle out of the relegation zone, watching the team advance all the way to 11th place in the previous campaign and bringing in Sven Botman and Nick Pope to help the team reach new heights in the upcoming campaign.

The manager’s previous contract had two years remaining, but he has now signed a massive ‘long-term’ extension to commit himself to Newcastle.

“It’s a great feeling to commit my future to this incredible club,” Howe said. “I’m extremely proud to be the head coach of Newcastle United and have enjoyed every moment here.

“I’d like to take the opportunity to acknowledge my coaching team, the players, staff and supporters. They make it a very special place to be every day.

“I’d also like to extend my gratitude to our owners and to Dan Ashworth. We are still at the start of our journey, but this is an exciting time to be a part of Newcastle United and I’m very excited about the future together.”

Sporting director Dan Ashworth added: “I’m delighted Eddie has committed his long-term future to Newcastle United. He is an incredibly talented leader and has had a huge impact since being appointed in November.

“In the short period of time I have worked with him, I have seen how much of a diligent, detailed, hard-working coach and leader he is.

“This is great news for the club and I am looking forward to working with Eddie and our colleagues on our exciting journey ahead.”