Popular Instagram male barbie Bobrisky has been spotted in Lagos having a nice time alongside curvy and endowed Nollywood actress Nkechi Blessing days after their bitter clash on social media. 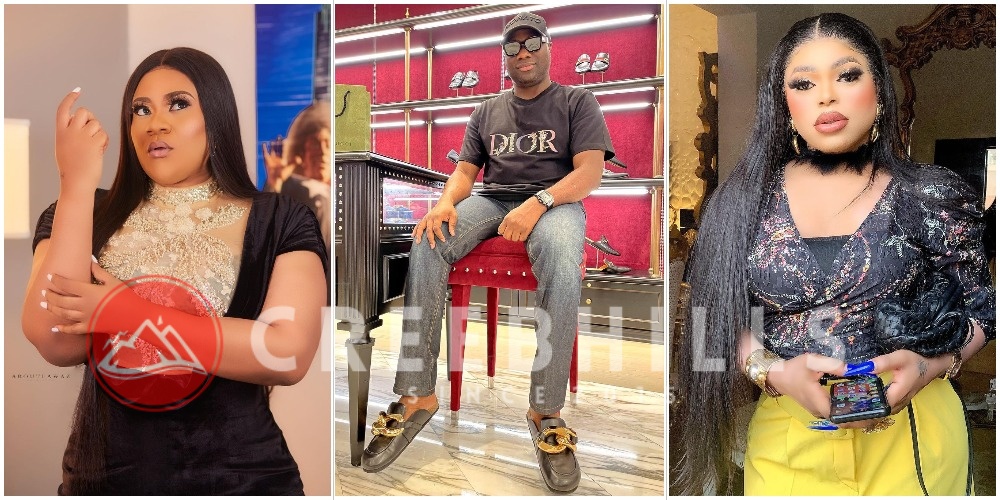 It would the recalled the social media world was left in a frenzied mood some days ago when Bobrisky and Nkechi Blessing called out themselves.

The drama started when Nkechi Blessing lambasted a fan who got a tattoo of the actress name on her body despite that Bobrisky was giving out cash prizes to those who got one to idolize him.

Both celebrity dragged themselves to the mud as they went as fast as revealing some in-depth secret about their private life.

READ ALSO
“I want to have 3 more babies before I turn 30” – Davido's fiance, Chioma reveals (Video)

It wasn’t too long before it was alleged that both celebrities were fighting because of a man who was identified as an Instagram socialite, Mompha.

Things have now taken a dramatic turn as both superstars were spotted vibing together at an occasion in Lagos.

Nkechi Blessing and Bobrisky could be seen in a video that has gone viral on social media laughing and having, a move that questioned their bitter fallout.

Some fans had earlier claimed the dragging was staged by both celebrities to gain more followers on their page and it’s left to see if both superstars will clear the air.

See video of both stars having fun below: