Home Entertainment Food and Sex is not enough to keep a MAN in a... 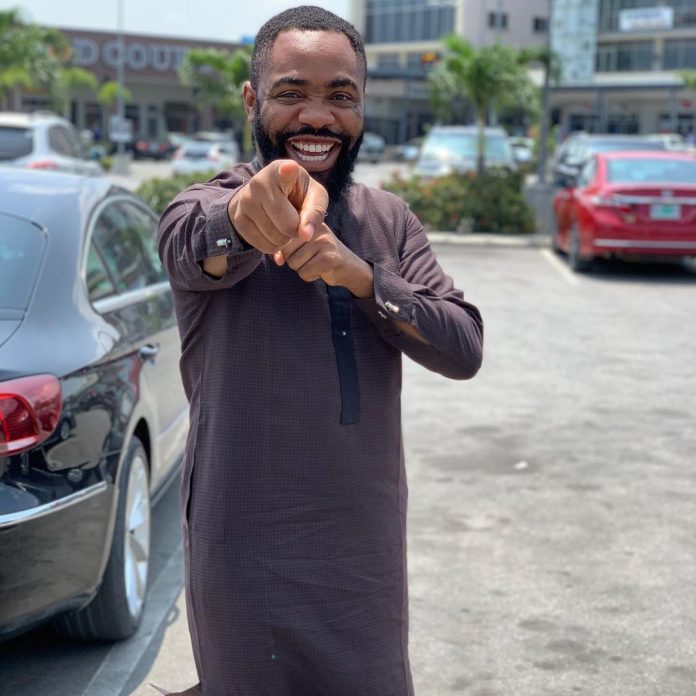 Popular Nigerian comedian and actor Woli Arole is back on social media with his advice on marriage and this time he has insisted that food and sex are not enough in a union. 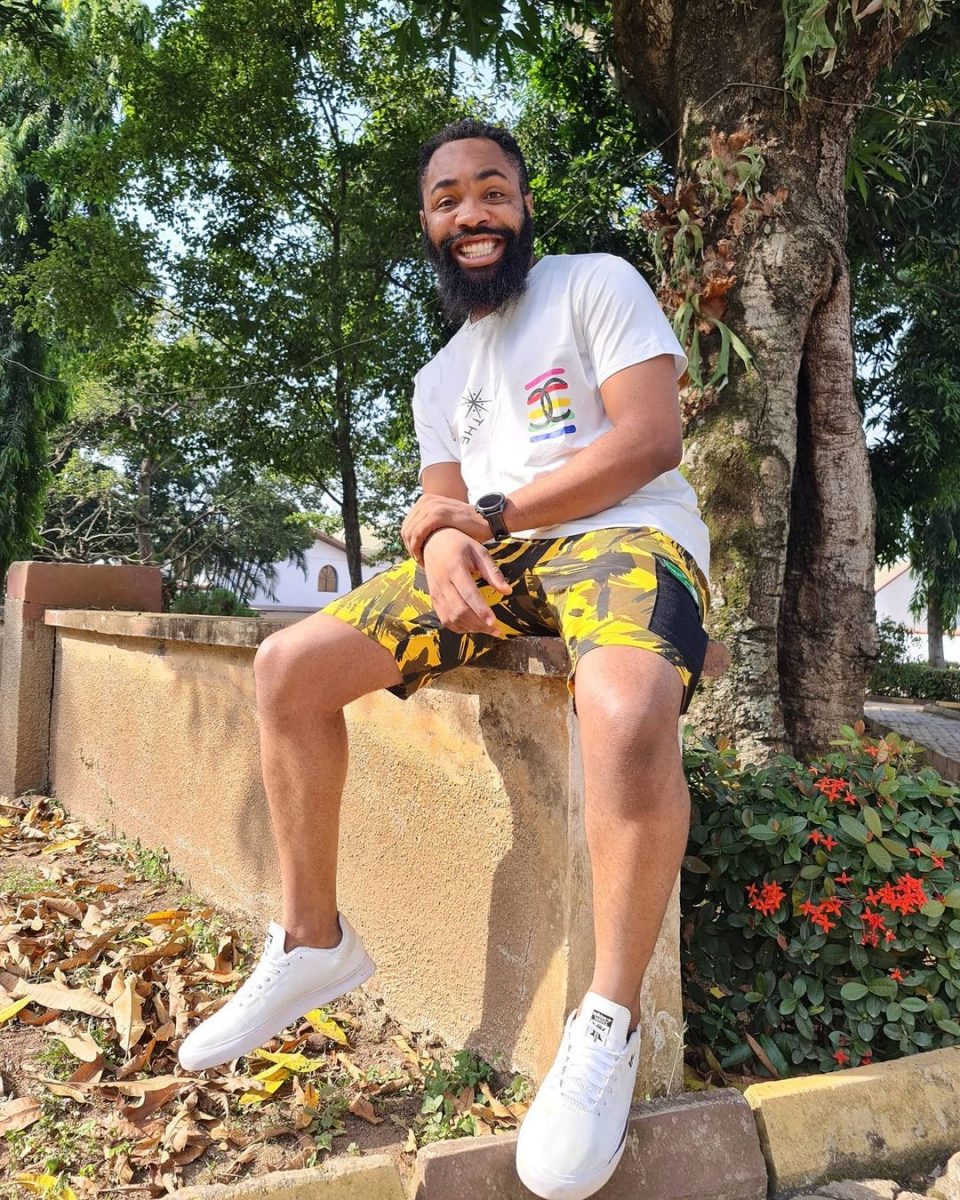 Woli Arole has not just become popular for his starring roles in blockbuster movies but also for his activities on social media which includes sharing his thoughts on trending issues.

The talented comedian some weeks ago sparked a debate on social media when he insisted that sex before marriage is a sin even if a condom is used during having the sex.

His statement raised eyebrows on social media as some fans claimed he should be a virgin before advising people on having sex.

The talented actor now looks like someone that’s not ready to stop dishing out words of advice to his followers despite the high numbers of trolls on his page.

Woli Arole some hours ago encouraged women to look beyond good food and sex in their marriage as this is not enough to keep a man.

He noted that the only assurance of marital sanity is God and nothing else.

Food and Sex are not enough to keep a MAN in a marriage, see you can be the nicest woman in the world, and Oga will still be misbehaving, you can shower all the respects in the world, Oga go this do nonsense. The only assurance of marital sanity is GOD!!!!! 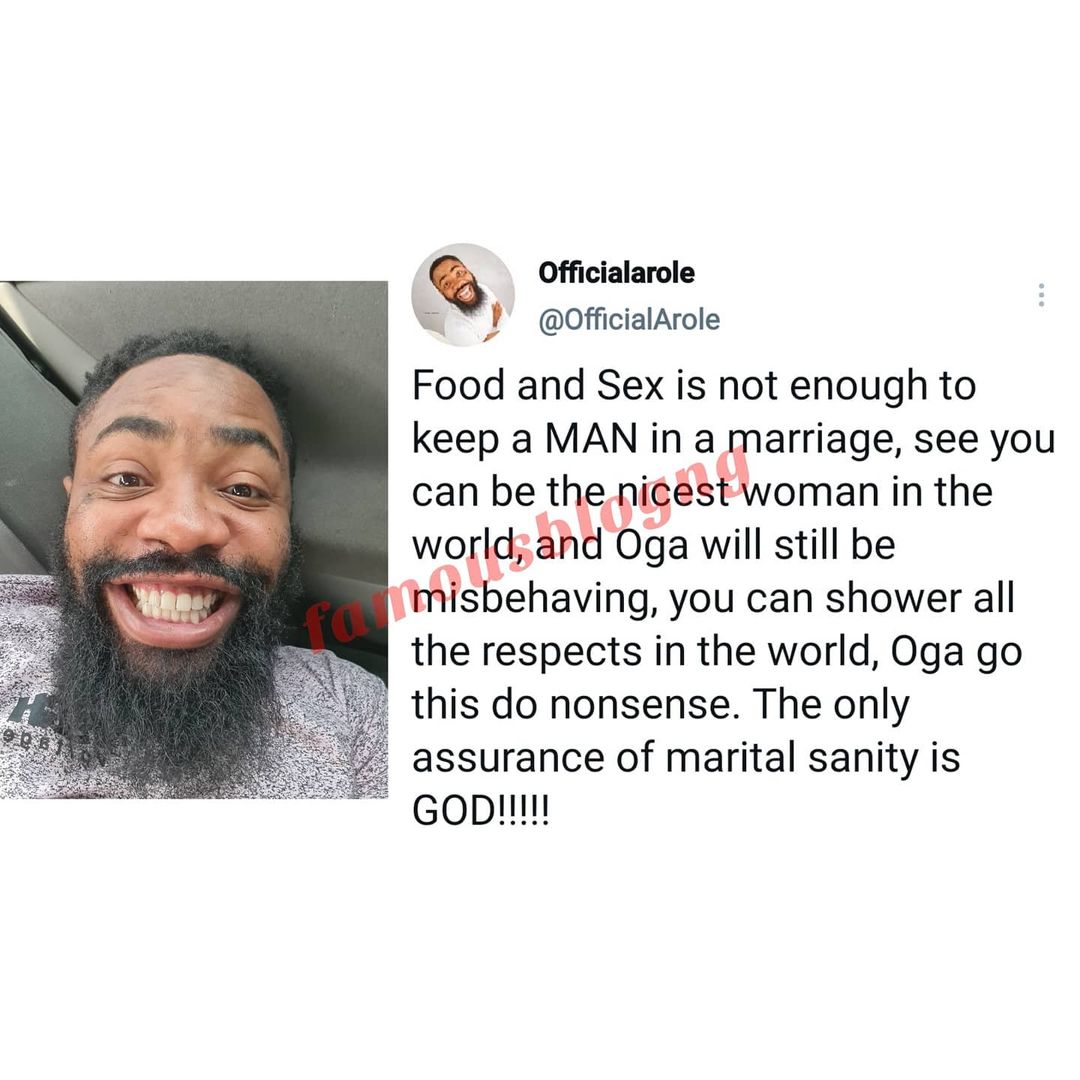 Johnson Olumide - May 12, 2020 0
Nicki Minaj switched up her look for Vogue Japan .The queen of rap rocked a rather simple outfit (by her standards). The Queen of rap...

This is the height of injustice in MY COUNTRY NIGERIA – Tonto Dikeh vents...

Johnson Olumide - January 8, 2022 0
Former Nollywood actress and now Philanthropist and Businesswoman, Tonto Dikeh has reacted to the news of a Lagos state police declaring the death of...

Nobody holy pass, “It shall never be well with you” – actress Ada Karl...

Violette - July 9, 2020 0
The Nollywood actress and producer Ada Karl has rained curses on all fraudsters. Issues about internet fraud is making many people sick and saddened. When some...

Violette - November 20, 2019 0
Queen of the Titans and ex big brother house mate Tacha has marked today’s register as she has taken to drop hot pictures for...