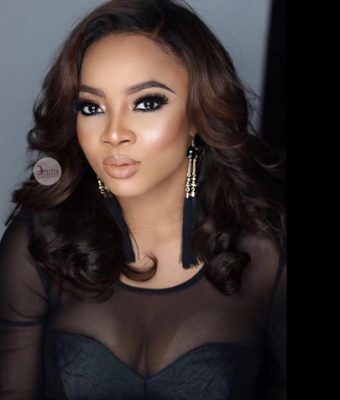 Oxlade was hailed by some fans, including UNILAG students for the sexual prowess displayed in the video.

However, there were some comments criticizing the singer who is yet to address the sex tape as of the time of filing this report.

When asked what she thinks about the video, Toke speaking with a colleague at the Rhythm FM studio, said the comments from the leaked video show that human beings were hypocritical.

She queried those who are so quick to throw the stone at a woman but would rather hail or ask a man to show them the way for doing the same thing.

Toke said: ” People have double standards because when it’s a man, people are like ‘what do you feel about it?’ But when it’s a woman, they want to crucify her.

“People need to stop being hypocritical, when it’s one gender, they hail them and ask to be taught the way but the female gender, it’s something else.”

Recall that Tiwa Savage’s sex tape leaked sometime in October 2021 which sparked outrage, as some called her out for not being a good role model to the younger generation.

Another female celebrity who took to social media to rant about what she experienced is Reality Star, Alex Unusual who lamented after her frustrating encounter with kids in Lagos traffic (watch video here).