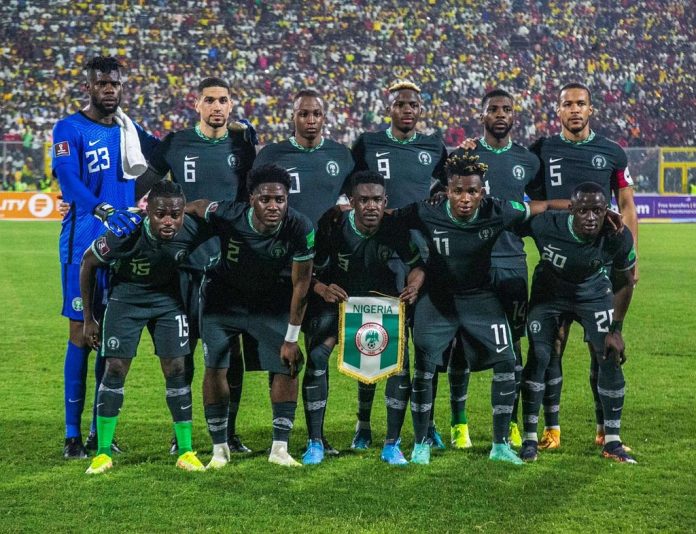 In the most recent FIFA/Coca-Cola World Ranking, which was issued on June 23rd, the Super Eagles of Nigeria’s football team plummeted to number 31.

The Super Eagles are now ranked fourth in Africa, behind Senegal, Morocco, and Tunisia, who are first, second, and third, respectively, according to the most recent men’s football team rankings posted on FIFA’s official website.

Guinea-Bissau remained in 115th place while Sierra Leone fell to 113th after losing to the Eagles in the 2023 AFCON qualifiers. CLICK HERE FOR THE FULL LIST.

So Tomé and Principe plummeted to position 187 after losing 10-0 to the Eagles in the AFCON qualifying round.

Brazil remains the number one team in the world while Belgium retained second place.

Argentina is now third, replacing France who are now in fourth position and England is non-movers in fifth.

Spain are in sixth, Italy are now seventh, the Netherlands is eighth and Portugal is in ninth spot.