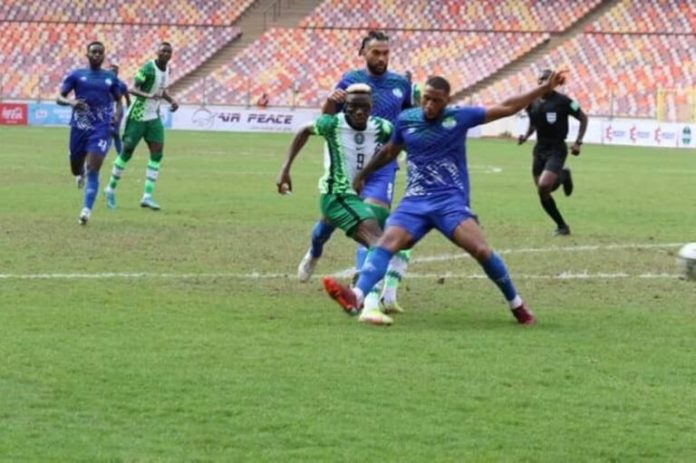 Super Eagles coach, Jose Peseiro has named Napoli striker Victor Osimhen as the team’s first-choice penalty taker due to his leadership qualities in the squad.

He takes over the role from Odion Ighalo, who last featured for the Eagles against Ghana in March, during the 2022 World Cup play-off.

Osimhen recently made history after scoring four goals for the Eagles as they thrashed Sao Tome and Principe 10-0 at the Stade Adrar in their 2023 Africa Cup of Nations The former Lille striker also made two assists in the encounter as the Eagles moved top of Group A with six points ahead of Guinea Bissau.

In the match, Osimhen had the opportunity to score first but passed to substitute Emmanuel Dennis, who opened his goal-scoring account for the team in what was his sixth appearance.

Following the outcome of the game, Jose Peseiro decided to name Osimhen as the team’s penalty taker.

“Osimhen is a leader in his personality and could have scored five goals against Sao Tome as I have appointed Osimhen as our designated penalty taker,” the Portuguese coach said.

“But he gave Dennis the opportunity to score, I like his humility, he’s a good guy with a big heart and I appreciate it.”

Meanwhile, Osimhen is currently linked with a move away from Napoli with  Arsenal  leading the race to sign him.