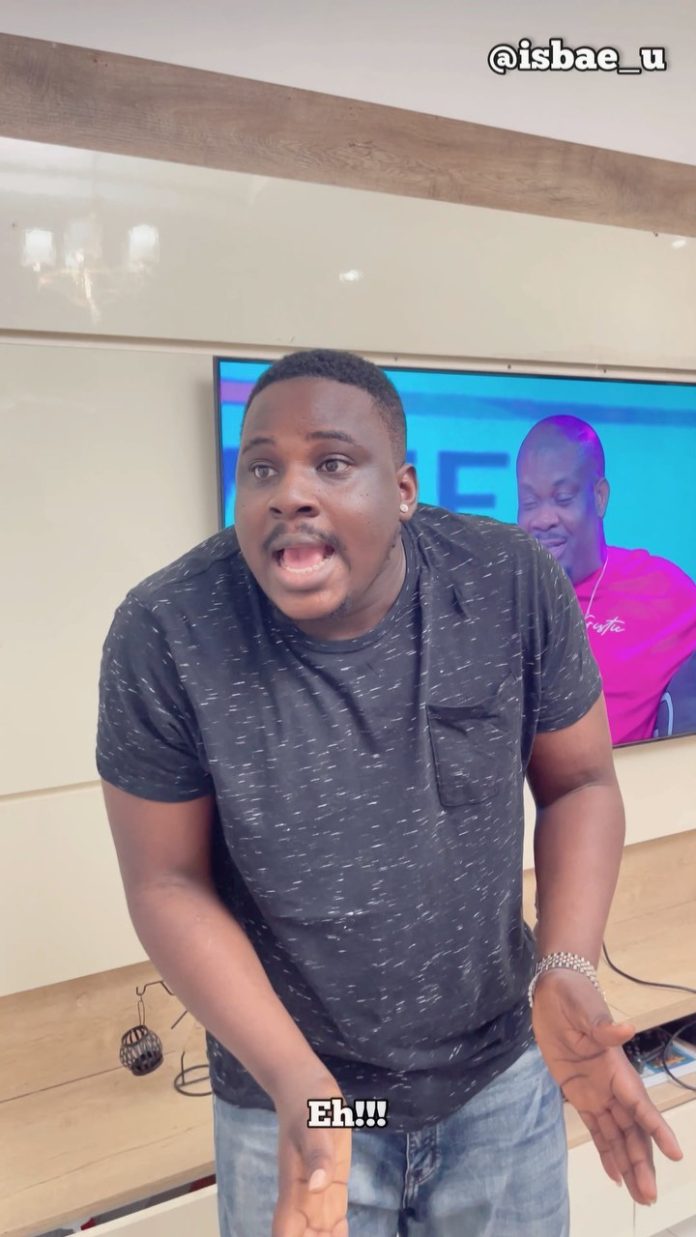 Amid a series of allegations pointing to the fact that the IG skit maker, Adebayo Ridwan, better known as Isbae U requests sleeping with ladies in exchange for roles, an unclear video has surfaced.

In the clip, Bae U could be seen in a toilet conversing with the unknown lady via video call.

However, it’s left for you, our esteemed reader to carefully watch and spot what was going on in the process of the video chat.

In other news, Comedian AY’s wife, Mabel Makun finally got some time to update her fans on her pregnancy journey leading to her second child after 13 years.

Recounting the difficulties she suffered in a search for another baby, Mabel revealed she had three mysterious miscarriages. She opened up on the trauma she was subjected to anytime the unfortunate incident occurs. (watch video here).