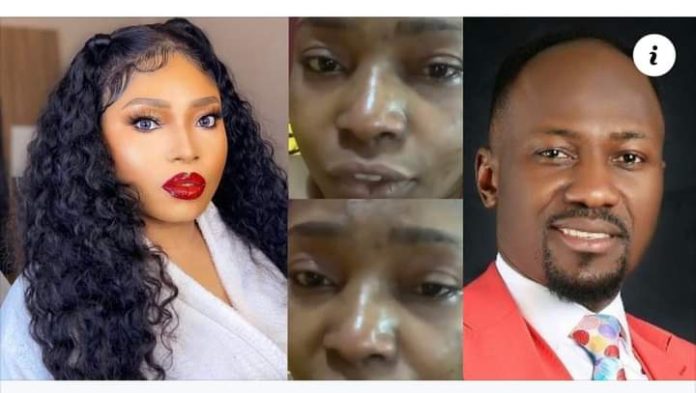 A US-based medical expert, Dr. Ene Innocent has given insight into the health complication which Nollywood actress, Halima Abubakar is currently undergoing, saying it is an autoimmune disease which a lot of women acquire during pregnancy.

The Internet on Monday abuzz with a publication alleging that popular Nigerian Pastor, Johnson Suleiman is responsible for the health issues of the Nollywood star.

The health issue, our correspondent gathered causes Halima lots of body pain, in addition to loss of pregnancies.

The publication alleged that Halima’s health complications is spiritual, dating back to days she allegedly had an affair with Pastor Suleiman.

Dr. Ene’s professional intervention has however laid to rest all arguments as the health challenges is purely medical and not spiritual, she explains.

According to the global health expert, autoimmune which appears to be what Halima Abubakar is passing through can be acquired during pregnancies.

She said autoimmune sometimes could be triggered by the baby’s anti-body, a situation she said could induce pregnancy.

She further explained that there is no cure for autoimmune diseases “because its your own immune system literally fighting/damaging your cells. People living with them just manage the symptoms which are reoccuring body sores blisters, joint pain, bloating, bleeding etc.”

She added, “Once it is a reoccuring symptoms, a lot of Nigerians stop accepting dignoses and it becomes a spiritual something. Suddenly village people and ex-boyfriends are the culprit.”

In her conclusion, she accused Halima Abubakar of finding herself in box of many lies, stating that there are too many activities going on at the same time, and that alot of questions will be asked in the coming. weeks.

“ls Halima Abubakar desperately ropping herself for Public consumption? Or could this be her pinup way of extortion?

“Well, alot will be unveiled in the coming days…” she said.

Pastor Suleiman has since kept mum, refusing to join in the brickbats in the Internet. 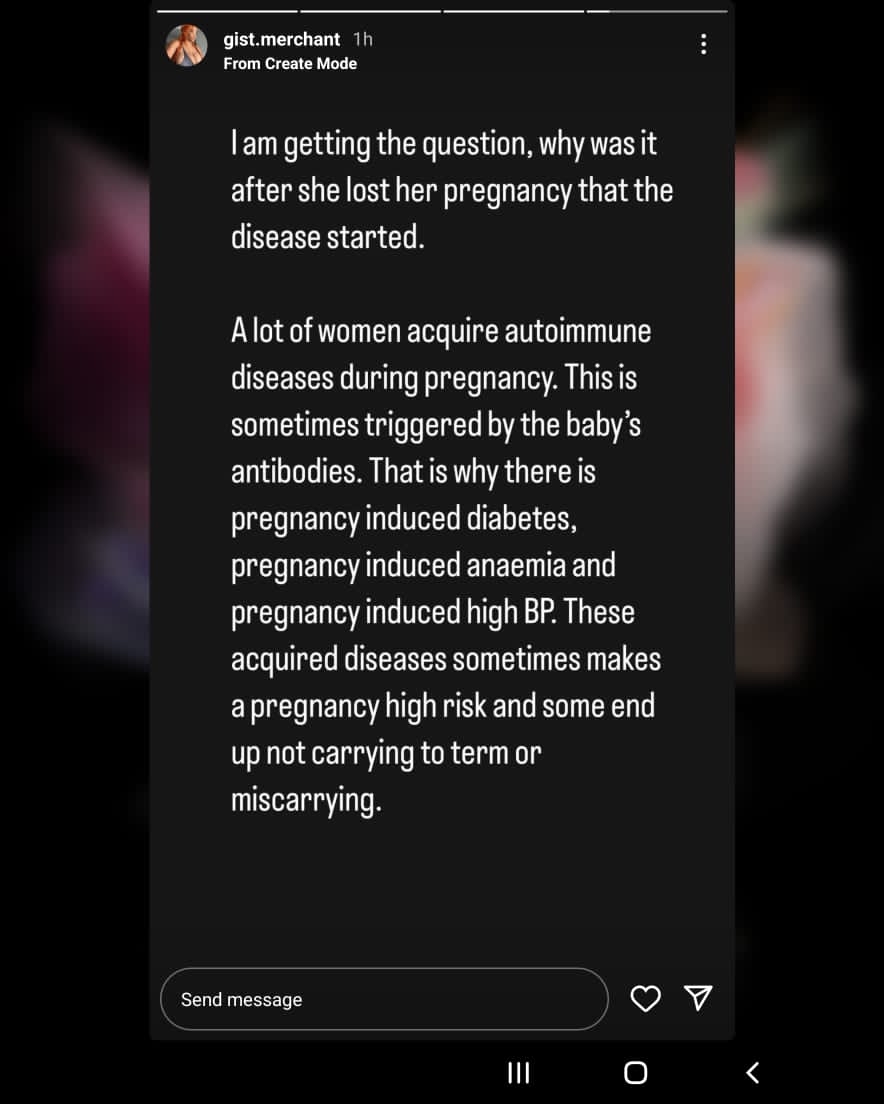 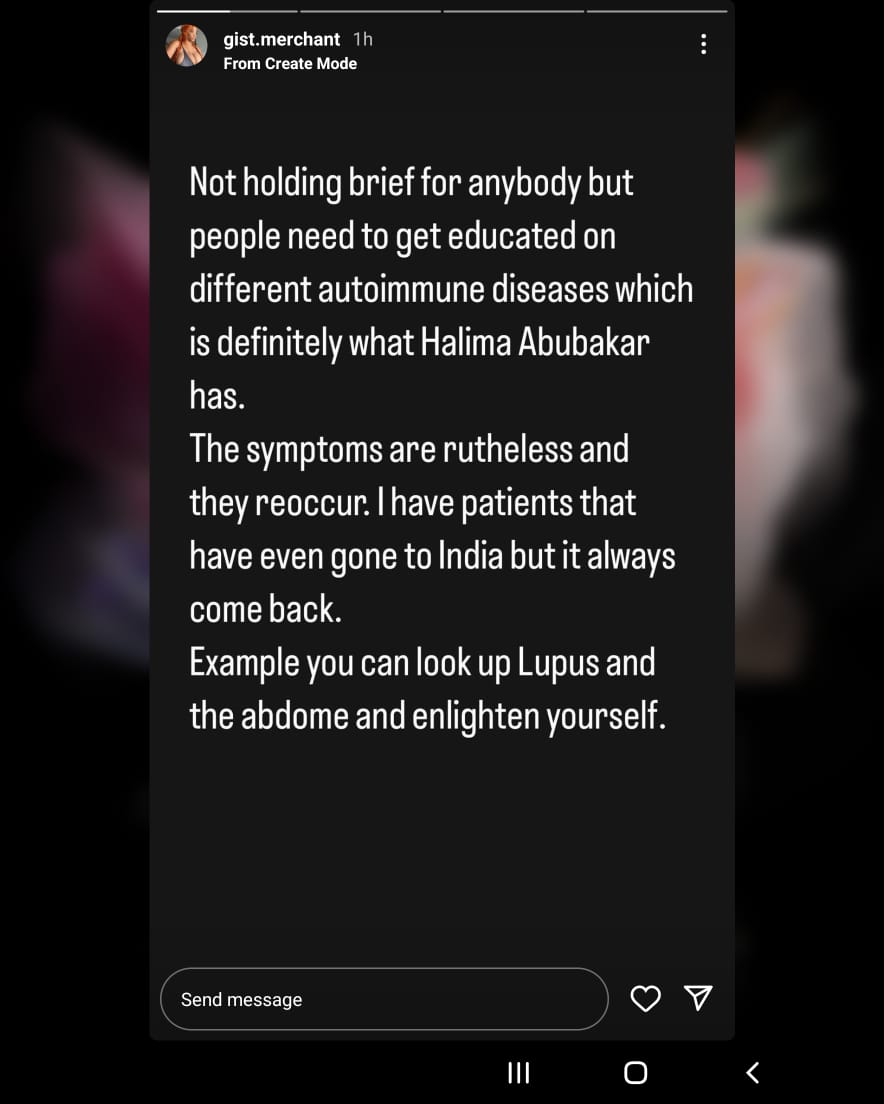 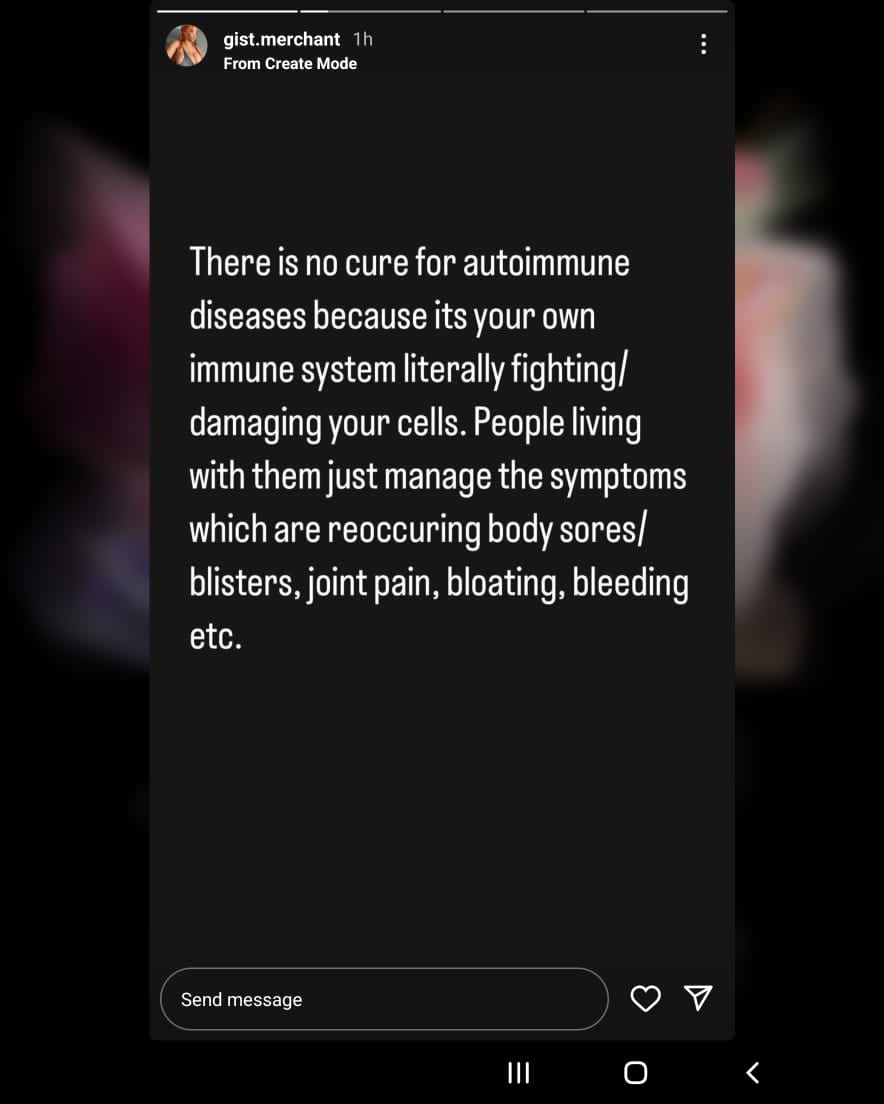 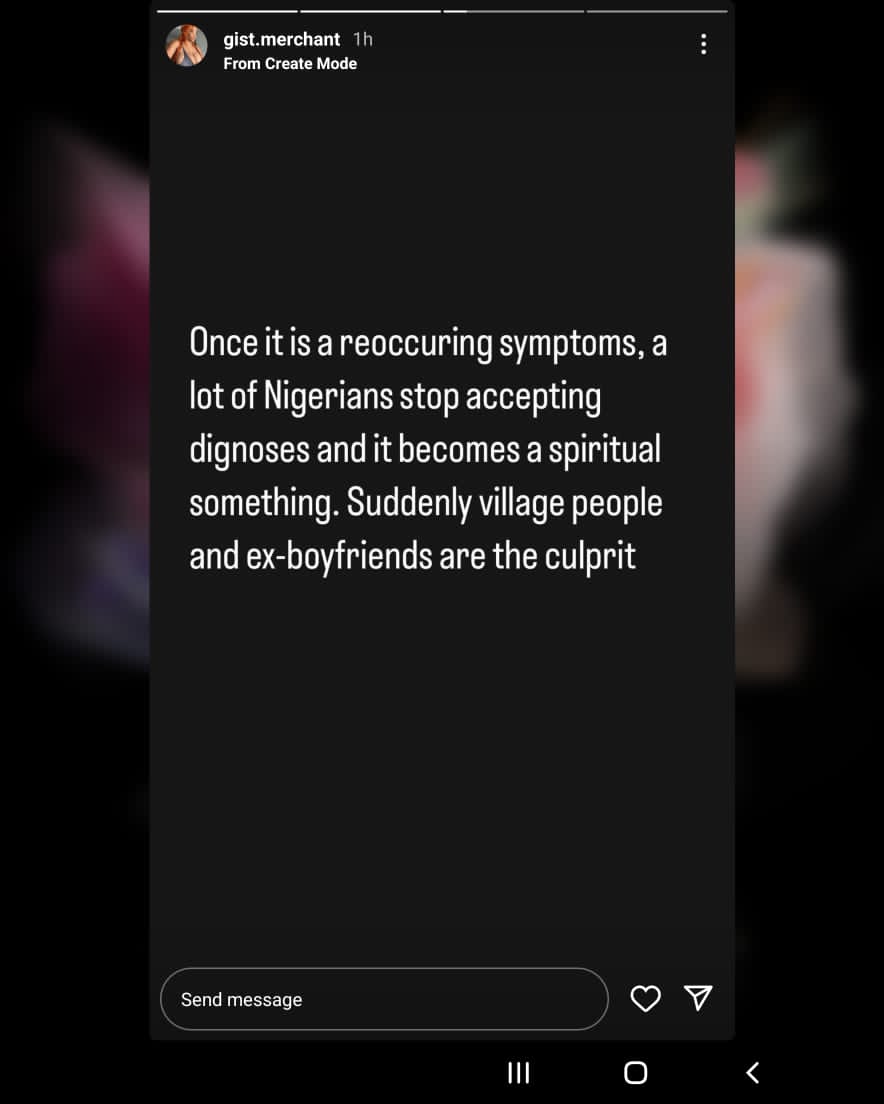